Hip-hop is a genre founded on the principles of lyricism and social awareness. In fact, Ronald Savage – a member of one of the genre’s founding groups, Zulu Nation – considered various forms of awareness to be the key elements of hip-hop.

Why, then, is the label of “alternative conscious rap” or “socially conscious hip-hop” (defined as a sub-genre of hip-hop that focuses on social issues of any sort) such a controversial topic to the modern audience? Though it’s impossible to know for sure, it may stem from the public’s rejection of anything that may seem sanctimonious.

It may also be a result of artists taking exception to being labeled as a way to avoid the perception that they are one-dimensional. Both of these views, however, narrow the definition of “conscious rap” to something specific and unfavorable. By doing this, the genre’s core value of awareness becomes at risk of being diluted. 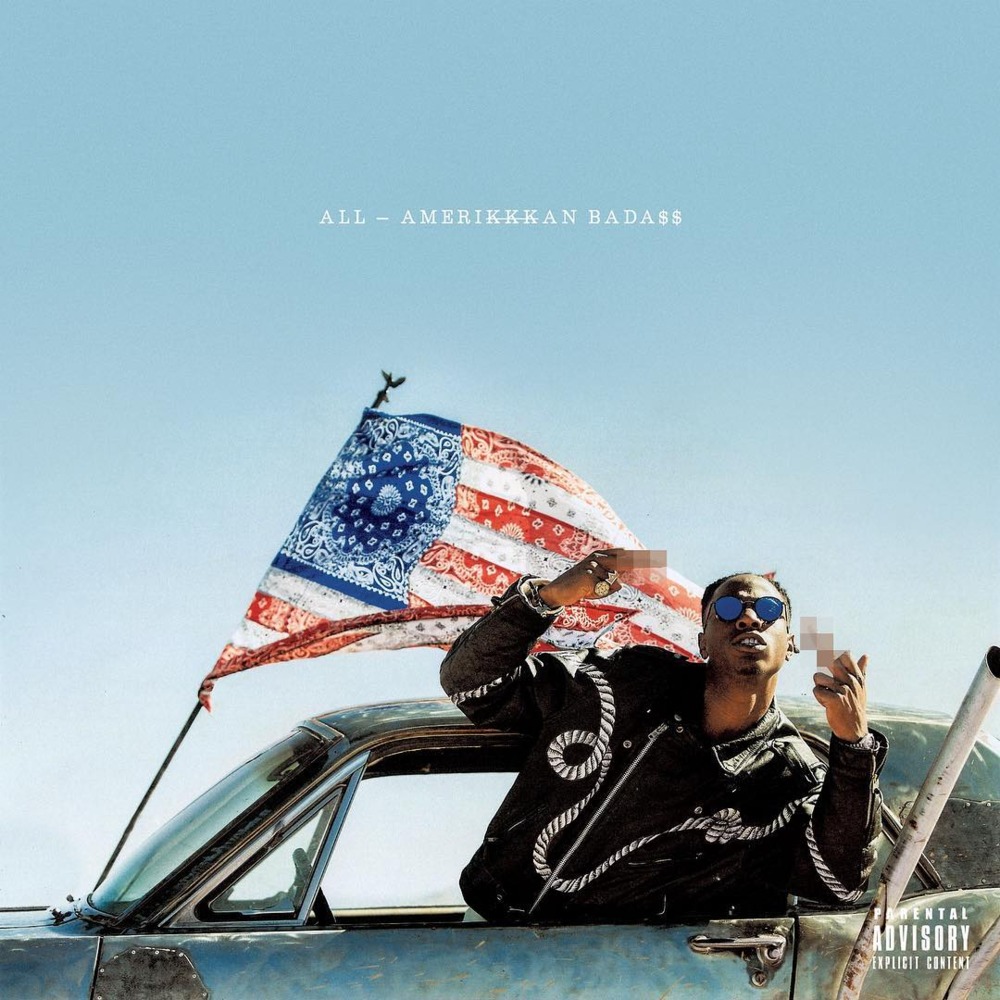 Joey Bada$$’s “All-Amerikkkan Bada$$” took a macro approach to consciousness, focusing on the current woes of black people in American society. Freddie Gibbs’ “You Only Live 2wice” was a confessional of wrongdoings and acknowledgement of his second chance.

Kendrick Lamar’s “Damn” was a deeply personal reflection on Kendrick’s worthiness in the face of damnation. Each of these albums could be considered “socially conscious rap” even though they differ from one another in many ways.

“All-Amerikkkan Bada$$” is the 12-track sophomore album from the young Brooklyn native Joey Bada$$. It opens with a soulful, but brief and subdued, intro titled “Good Morning Amerikkka.” The song successfully introduces the concept of the album, but suffers from the laid-back instrumental and an equally laid-back delivery from the rapper. From there, however, the album hits a stride the nearly doesn’t break for the remainder of the listening experience.

Joey transitions into the jazzy “For My People” and high-energy “Temptation” with the next two tracks, in which he dissects the struggles of “his people” and his potential role as a voice for positivity in the community.

The ultra-political “Land Of The Free” continues this run with a strong message.

“Sorry America, but I will not be your soldier / Obama just wasn’t enough, I just need some more closure / And Donald Trump is not equipped to take this country over,” he raps passionately.

After that track comes “Y U Don’t Love Me (Miss Amerikkka),” which is undoubtedly the most conceptually impressive song on the album. On it, Joey convincingly raps as if America is a woman with which he has a troubled relationship.

From this point the album continues to impress with aggressive cuts like “Rockabye Baby” and “Ring The Alarm” before hitting the only bump left in the road with “Super Predator,” a reference to the infamous remarks by Hillary Clinton. The lax New York boom-bap beat is a return to Joey’s roots, though it misses the opportunity to refresh the style.

The following track, “Babylon,” combines some of Joey’s most urgent and passionate lyrics and deliveries with some beautiful singing from himself and guest Chronixx.

The outro, “Amerikkkan Idol,” is when Joey seems to fully come into the role of a leader.

“Got a message for the world and I won’t back out,” he exclaims.

The song evolves into a spoken-word conclusion in which he calmly explains what he believes to be the government’s “plot” and looks for solutions to these issues. It serves as a fittingly “conscious” ending to an incredibly aware and thoughtful album. 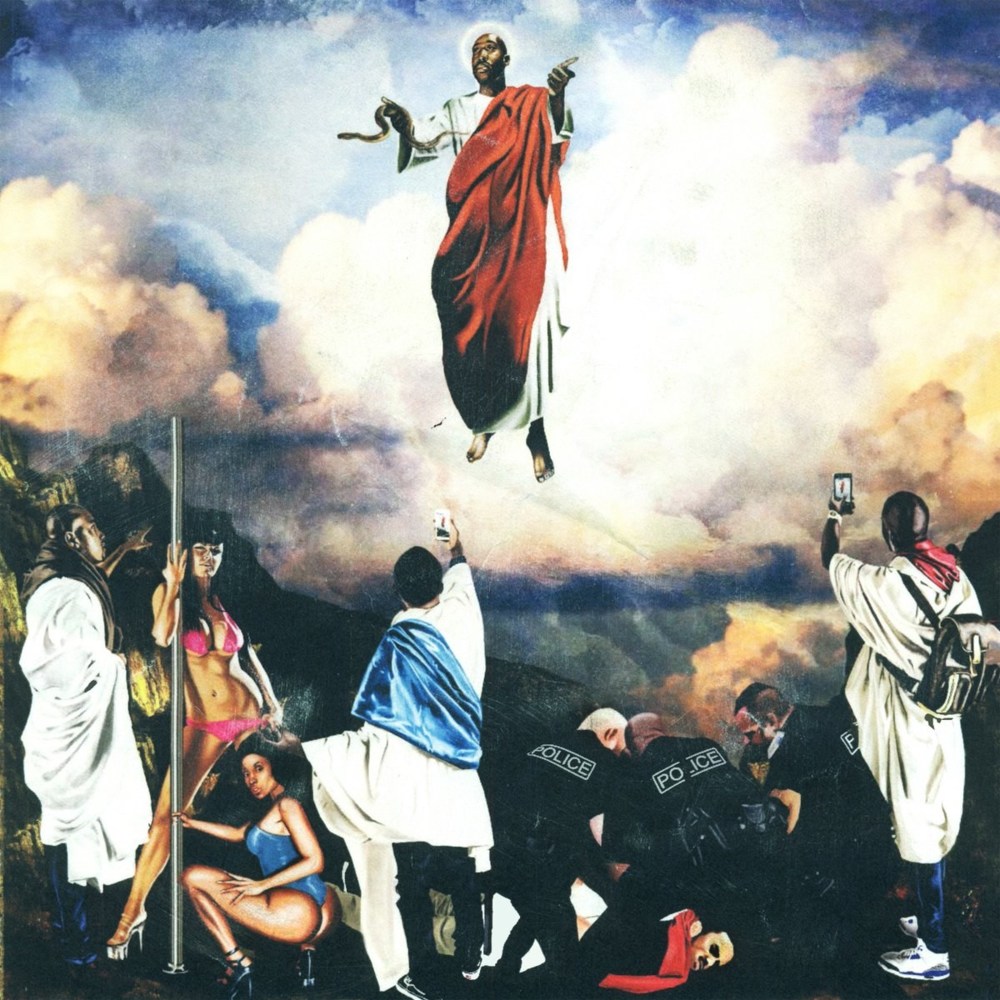 Conversely, Freddie Gibbs is not an artist many consider to be a “conscious rapper.” The Indiana native makes music that most would categorize as “gangsta rap,” though he still embodies many of the characteristics of conscious rap.

Right from the intro, “20 Karat Jesus” Gibbs tells his personal stories of street life and the dangers of “living in the moment” over trap influenced instrumentals.

This continues on “Alexys” where he introduces the recurring theme of outgrowing his friends from the streets.

The third track, “Crushed Glass,” was the single from the album reflecting on his time in European prisons for a false rape accusation.

“Round the world, jail system like a slave trade, [expletive] / Got me in this foreign prison, monkey in a cage [expletive],” he raps before detailing some of the undesirable living conditions he suffered until being acquitted.

The remainder of the short track list has few standouts, though “Amnesia” is certainly one of them. The unapologetic banger shows why “Gangsta Gibbs” is identified as a gangster rapper, but also proves consciousness in rap does not limit an artist’s subject matter.

The outro “Homesick” is the most emotional and personal song on the album and likely the best. The atmospheric production allows for emphasis on the worthy lyrics. On the track, Gibbs details some of the thoughts he had while in prison as well as those he’s had since he returned. He explains some of his own contradictions, and that he still loves his friends even though he hasn’t seen them since he returned. He comes to the conclusion that he has to live for his wife and daughter rather than his troubled friends.

Though “You Only Live 2wice” isn’t what many would call conscious rap, it still models the same social and personal awareness that define it. It serves as an example that there is room for versatility in the maligned genre.

Lamar himself has denied the designation of “conscious rapper” for fear of being labeled as just one thing. Still, he has delivered the best rap album of his generation with the incredibly dense, thoughtful, and artistic “To Pimp a Butterfly” that many would consider conscious rap. 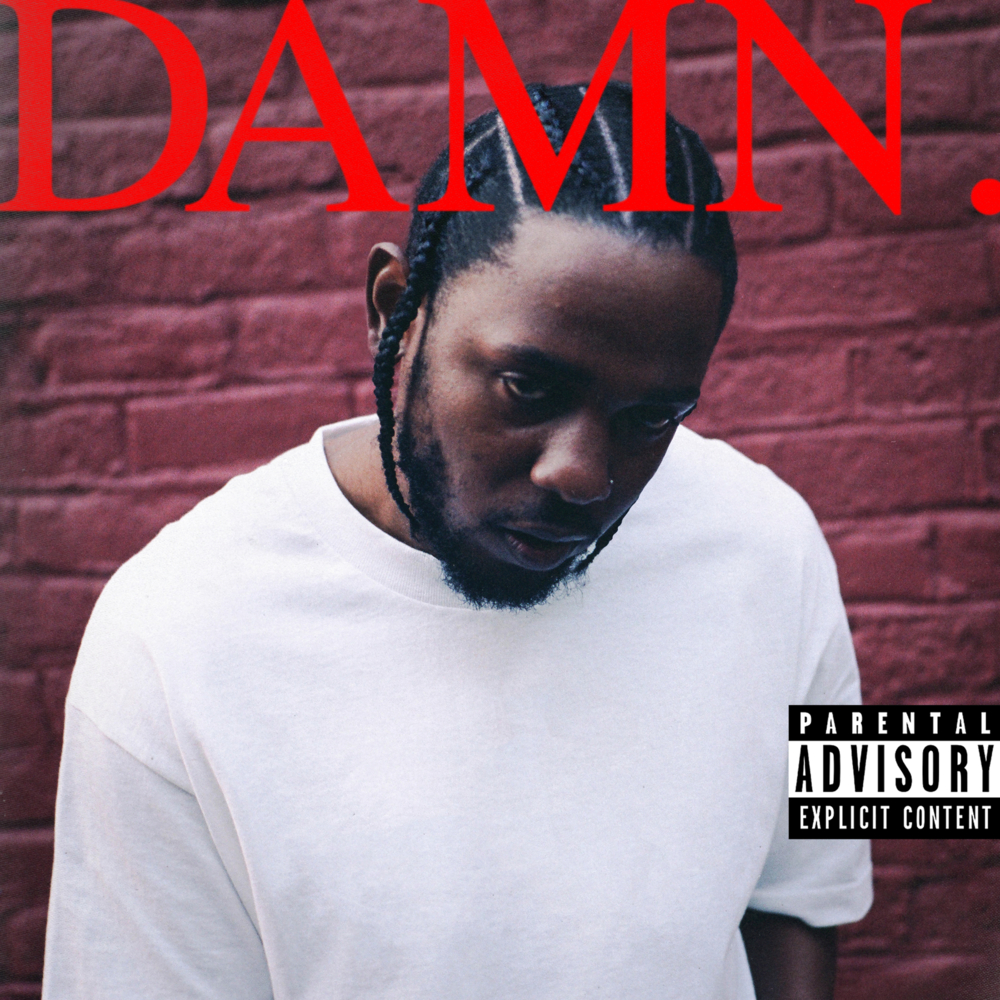 With his new album “Damn” he continues to provide incredibly thoughtful lyrics, though perhaps masked in less layers than TPAB.

The intro track, “Blood,” is a short and symbolic narration in which Lamar tells the story of helping a blind woman, only to be shot by her.

The song also mentions the struggle of wickedness versus weakness that is essential to the album.

The woman could be a reference to the devil, as he has previously personified her as “Lucy.” It could also be a way to introduce Kendrick’s death, triggering the judgment of his worthiness to avoid damnation that ensues.

The next track, “DNA,” is a thumping banger that finds Lamar ruminating on what makes him who he is. “Yah” introduces the concept of Yahweh and the curse of Lamar’s people over a slow percussion-heavy instrumental.

“Element” begins with Lamar saying that he would “put the Bible down and go eye for an eye for this [expletive].” It shows a dichotomy within Lamar and on this album. It is the “wickedness” to the “weakness” that he displays on “Yah.”

“Pride” and “Humble” continue this theme of juxtaposition and contradiction in song titles, production, and subject matter. They are both standouts, with “Pride” surprisingly being the spacey rap ballad, and “Humble” being the speaker-knocking firecracker.

“Lust” and “Love” more accurately match their song titles, but continue the recurring dichotomy. “Love” is also one of the more surprising songs in Lamar’s catalogue, as it is a genuinely pretty love song from an artist who usually provides dark perspectives on profound issues.

“Fear” is perhaps the best song on the album, finding Lamar diving into his biggest fears at three different points in his life and tying together many of the album’s themes.

“Why God, why God do I gotta suffer? / Pain in my heart carry burdens full of struggle,” is hauntingly and fittingly chanted on the bridge of the song.

The album concludes with “Duckworth” The title is actually Kendrick’s surname, and the song is the real story of a chance encounter between Kendrick’s father and the founder of his label, Anthony “Top Dawg” Tiffith. The song is a lesson on karma and the fragility of life; a perfect ending to an album like “Damn”

These albums are unique. Each covers different subject matter with some intersecting points (notably the experiences of black men in the modern world). They also have completely different production from each other, creating albums that sound nothing like each other.

But they share an awareness of self and society that is easily detectable in their lyrics. This thoughtfulness and versatility are what make “conscious rap” a valuable and misunderstood subset of hip-hop.

“YOU ONLY LIVE 2WICE”